April 6, 2022 3:47 pm Published by TVL_Editor
Each of us has their own music, but the notes are always the same

Argentina-based Hernan Corera has spent the past decade honing a bold and distinct artistic vision that cuts across disciplines and creative endeavors. Since his debut in 2007, he has established an extensive track record of high-profile work as a filmmaker and gained traction as an award-winning photographer and musician.

The multi-talented artist kindly took some time this week to discuss his early aspirations, his creative process, and the core message of his art.

TVL: Hernan, give us a quick introduction of yourself.

HC: My name is Hernan Corera and I was born on February 11, 1983, in Buenos Aires, Argentina, under the sign of Aquarius. My vocation for direction and art (photography and music) emerged from the vicissitudes of life. I began directing at age 25. As a boy, I dreamed of being a paleontologist and video game designer.

When I look at Hernan’s work, I see someone who has skillfully harnessed all the technical elements of this art form. Hernan went above and beyond the tangible to deliver, frame after frame, a consistent body of work, from which each element is not only well-executed but can speak to you on an emotional level.

TVL: What inspires you to create, do you have a message for the world?

HC: Inspiration for me is something vital that comes from time to time and I think it has to do with life itself unfolding in a mysterious language that we have called artistic expression, from a romantic point of view, but it could also be said in a hidden sense, it is a kind of hermetic magic. I feel that inspiration is what makes us divine and creation which makes us imperfect. That is why healing is found in the eternal dance of inspiration and creation.

"Each of us has their own music, but the notes are always the same."

That is why we are all imperfectly equal. Mirrors of a cosmos that we do not quite understand but that we feel strongly. We have to take care of each other.

To be different but the same and to draw strength from solidarity: each of Hernan's images echoes this idea that he so beautifully encapsulates himself: “Each of us has their own music, but the notes are always the same”. Ask anyone, even little children, what is one plus one. Minus the statistical standard error, they will answer “two” and they would be right. But the most genuine stories of them all are really about one and one equaling three. Magic happens when the whole is greater than the sum of its parts.

A red horse by itself is just a red horse, a puzzle piece by itself is just another piece of cardboard, white rose petals... and the fire ruthlessly gnawing the grass that crosses its path is just light and heat, but it's when you put them all together that the magic happens. The thing that matters the most to us - some may call it Love, others God, or even Reason - is that other thing, and that’s the three. Hernan holds this incredible ability to tap into the wealth of everything that makes life more vibrant. He finds ingenious means to deliver a message in a unique and personal manner, to make you feel included, and most of all, distinctly, well, human.

HC: I could say that I am very passionate and that talent for me does not have to do with technique, but with self-improvement and with the commitment that one dedicates to improve the antenna we are, through self-knowledge.

The deeper we are connected to ourselves,
the purer the message we bring to the world will be.

TVL: There is a documentary quality in your work, is it done on purpose?

HC: Honestly, it is not something I look for, but maybe it has to do with the fact that I try to draw inspiration from real sources and not so much from the work of other directors. For me, artistic nutrition is not only in the discipline of cinema but in journalistic photography, poetry, music, and my loved ones.

TVL: A few words for the Think Very Little community?

HC: Life is generous and abundant, trust your inner voice, which is the same voice from the sun that rises every morning in the east. 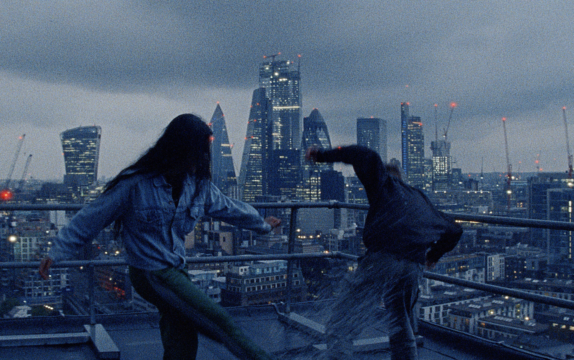 What did he wish the world would see in him?